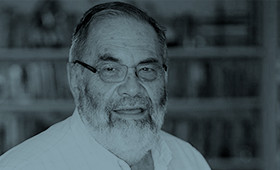 Cryptographic protocol, Cybersecurity and Distinguished Member of the Advisory Board

Hugo is regarded as one of the pioneers of Informatics in Argentina.

In 1985 he created the Computer Science Department, of which he is currently Full Professor, at the School of Sciences of the University of Buenos Aires (UBA).

Cryptography is Hugo's focal area of research, gaining him recognition as a leading figure in this field. He is the co-author of the argentine Electronic Signature Law enacted in 2001. That said, his research interests are not limited to cryptography and comprise other areas such as numerical analysis, mathematical models and even robotics.

Hugo has published about 50 scientific papers and two books. He was awarded the 2003 Konex Platinum prize for the best trajectory in Science and Technology in Argentina of the decade 1993-2003 and in 2005 the Sadosky prize for the best trajectory in Informatics. He was twice elected Vice President at Large of IFORS (International Federation for Operations Research Societies).

Hugo has also been quite active besides academia, both in the private (corporate) sector and as consultant to multiple public and international organisations, and frequently appears in the media. He is a Founding Partner of two leading firms that develop products and solutions for SET and identity protection. Since early 2020 he is also the General Manager of Information Technology at ARSAT, an Argentine government-owned telecommunications company.