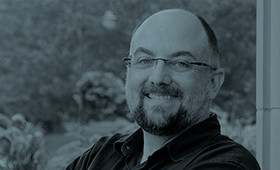 Advice on Experimental Economics and models of synthetic economies

Edward "Ted" Castronova is Professor of Media specializing in Games, Technology and Society at Indiana University in Bloomington. In the past he has served as Director of the degree program in Game Design and Chair of the Department of Media Arts and Production, also at Indiana.

Castronova's game design work involves board games with a historical focus, and his research on synthetic worlds and their economies has attracted considerable attention. He is one of the co-founders of the renown game research blog Terra Nova and he also created the Indiana University Ludium game conferences, which were built on the structure of a collaborative game environment.

A prolific author, his papers at the Social Science Research Network (SSRN) place him in the top 1% of downloads of over 300,000 academic authors. In addition, he has authored four widely-acclaimed books:

Edward holds a PhD in Economics from the University of Wisconsin-Madison.