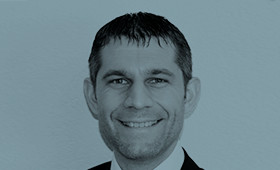 Special Advisor to the Board of Directors

Marc began his 20-year banking career in his native Germany.

Immersed in the blockchain sector since its early days, he managed to build an enviable track record in that space. Formerly a Board Director with Forctis AG, Marc was CRO at Julius Baer Private Bank until 2017 and previously AVP for Credit Risk Modeling at Credit Suisse, in both cases based in Zurich.

In 2013 he created the "Der Altcoinspekulant" blog (actively managing it until 2017) as a one of the pioneering sites fully dedicated to alternative cryptocurrency (Altcoin or ALT) investments, quickly establishing itself as a prime information and analysis source. It therefore gained a remarkable reputation and media coverage during his time at the helm. Marc has also been co-host of the Altcoin-Meetup Switzerland and initiated the "Altcoin Switzerland" Social Media channel, perhaps the most credible site nowadays in Europe providing news, expert analysis and hosting active discussions on everything happening in that space.

He is a Banking Economist from the Frankfurt School of Finance & Management and a Certified International Investment Analyst (CIIA) from the Swiss Financial Analysts Association (SFAA).