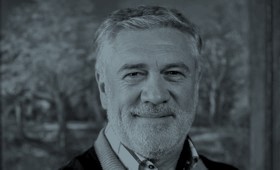 Positioning and liaison with institutional players

Luis is a highly renown Argentine political scientist. Since 2011 and for three consecutive terms he was Chair of the Department of Political Science belonging to the School of Social Sciences of the University of Buenos Aires. His specialization field is the Design of Political Institutions.

Besides academia, Luis became Director-General of Strategic Planning of the Argentine Government, Institutional Relationships Coordinator of the Banco Provincia de Buenos Aires and Advisor to the Board of the Banco de la Nación Argentina. He was for many years an Associate Director at Mora y Araujo Comunicación Institucional, Senior Advisor for Provincial and Local Governments in Argentina and has also worked as Senior External Consultant for several International Organisations.

Luis has authored many press and academic journal articles, both in Argentina and abroad, and frequently appears as a political and current affairs commentator in the Argentine radio and TV.