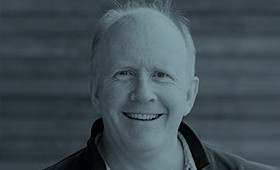 Quentin is a World Wide Web pioneer, co-inventor of the Webcam and one of the developers of the VNC software now installed on millions of machines worldwide.

Recipient in 2017 of the prestigious Lovie Lifetime Achievement award (the European equivalent of the Webby award in the USA) he has an extensive background in academic and commercial research labs, having worked for the University of Cambridge, Xerox, Olivetti, Oracle and AT&T.

Quentin has founded and co-founded several technology-related startups in Cambridge (UK) and Seattle (USA) including Ndiyo in 2001, DisplayLink in 2003, Exbiblio in 2004, Camvine in 2007 and Telemarq in 2011, a UK-based consultancy of which he is the CEO. He also holds a research post in the Graphics and Interaction Group at the Computer Laboratory of the University of Cambridge, where his work focuses on connected vehicles and the application of computer vision and machine learning to driver/vehicle interactions.

See his Wikipedia entry for more details, as well as his blog Status-Q.

Quentin holds a PhD in Computer Science from the University of Cambridge.