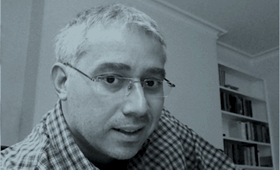 Economist specialised in econometrics, but more of a technologist doing science in his daily life, for over 35 years Eduardo has followed a career path involving broadly engaging cross-disciplinary environments.

In the early 90's he was a Visiting Researcher of the Calculus Institute at the School of Sciences, University of Buenos Aires (UBA). Throughout his PhD at the University of Cambridge he became Research Associate of the then Department of Applied Economics and later moved to Britain's oldest independent research think-tank, the National Institute for Economic and Social Research (NIESR). Back in Argentina, Eduardo joined the iconic Instituto Torcuato Di Tella as Senior Research Fellow. He also worked as Senior Consultant to the World Bank and the Inter-American Development Bank.

His entrepreneurial drive induced him to leave academia for the appealing world of media and advertising. Eduardo thus joined the specialised marketing foresight consultancy Gain Theory (part of the WPP Group) as Managing Partner, EXCO and R&D lead. He subsequently moved to Dentsu, another top-5 media holding company, as its first Global Head of Analytics. More recently, Eduardo was invited to the Advisory Board of MarketShare (now Neustar MarketShare) and was Senior Consultant in data investment management and marketing analytics to HCL Technologies in EMEA. Since 2016 he is on the Jury of the I-COM Data Creativity Awards, joining in 2017 the I-COM Blockchain and Advanced Research Subcommittee.

Eduardo is co-Founder and CEO of Forctis AG.